The oldest region in the country, the American northeast has not only a great scenic landscape to enjoy but is also steeped in rich culture. Historic and scenic, the northeast is the most diverse parts of the nation to experience. And for the most vibrant of backdrops, most travelers prefer to take on this particular region in the early fall after the leaves have begun turning. 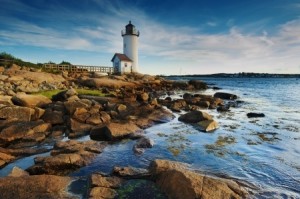 New England Coast
The New England coast composes some of the most amazing stretch of coastline on the east coast. But plan to leave your flip flops at home; these aren’t Florida’s beaches. Be sure to pack some water shoes to stand up to underwater coastal rocks lining the rocky New England coast perched in the western edge of the Atlantic Ocean.

The Adirondacks High Peaks
With 46 high peaks of heights between 3,820 feet and 5,344 feet, there is a lot of great hiking in this part of the country. But unless you plan on camping in the area for quite a few months, and you don’t consider yourself anything more than a novice hiker, you should at least hit a few beginner peaks. 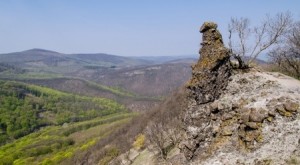 Many hikers find the Cascade Mountain trail a great beginner’s peak to conquer. And for the ambitious beginner, many conquer Porter Mountain on their first attempt as well. But topping out at 4,098 feet and 4,059 feet, respectively, these aren’t the arguably “easiest” mountains to summit aren’t designated as the shortest, as that reservation goes to Couchsachraga Peak, which reaches 3,820 feet. 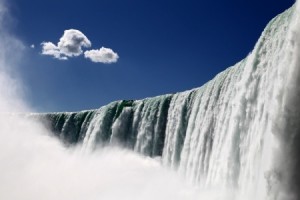 Niagara Falls
As you follow the signs directing you to Niagara Falls and into the city within seconds, you notice a dull roar accompanied by a subtle rumbling from the ground. As you look to the horizon, you see the cloud of mist you first saw from the Grand Island Bridge a few miles back. But now it’s a column standing in what appears to be a break in the cityscape.

As you creep closer and closer, approaching what seems to be where the streets end and a giant abyss begin, your senses are taken over. The air smells of various minerals and salts from the great lakes; your ears are deafened by a tremendous roar; and your skin is covered in a prevalent moisture from the air.

If you haven’t witnessed the awesome power of Niagara Falls, know it is something to truly behold. The confluence of four of the five great lakes empties from Lake Erie into the mighty Niagara River. It then roars over what the locals refer to as the escarpment 35 miles downriver at an astounding 150,000 gallons per second. And to witness this in person is to witness more power than most can even imagine.