The American South is a region so vast it has it has developed its very own culture. Southern food is some of the most prolific in the entire world and should be thoroughly experienced everywhere from the shores of North Carolina to the streets of New Orleans. But beyond the food, the American South is truly some amazing country to see. 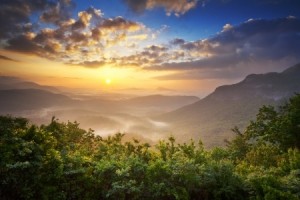 Appalachia
Stretching from New York State to Southern Georgia, the Appalachian mountain range is an American gem. And once it reaches beyond Tennessee, the views are spectacular. The Iron Mountain Gap- for one- is a must see for anyone with an hour to kill within a 60 mile radius. Taking you across the ridgeline to Cherokee National Forest, this serene and isolated trail is the perfect hike.

The famous Great Smoky Mountains National Park is the most visited national park in the country for a reason. Consisting of an entire Appalachian subrange, experiencing the 187 acres of old growth forest of the Smokies its entirety could take quite a number of days to hike. But with sweeping views over green mountains spanning for miles, it’s well worth it. And at the southern reaches of the range and the trailhead for many is Springer Mountain in Northern Georgia’s Chattahoochee National Forest, the most peaceful hike you could ever want. 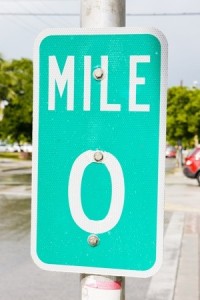 Where rich history meets paradise, Key West sits in the southeast Gulf of Mexico with shores bustling with locally owned bars and restaurants. Malory square is known for celebrating the diversity found in Key West with amazing street performers and unparalleled sunsets. Established by the Spanish as a salvage village and garrison outpost, Key West has been home to such famous names as Tennessee Williams and Earnest Hemingway.

Aside from the interesting history of Key West, the scenic wonders of the island are truly unmatched. Perched in the middle of the Gulf, the western most island in the Florida Key archipelago, it inherently offers the most unique surroundings in the entire country. With uniquely pristine beaches and crystal clear water, allowing you to easily see some of the most brightly colored fish in the world, Key West is a must see for any American roadie. 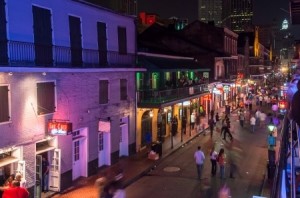 The Gulf Coast
Stretching over 1,700 miles from Brownsville, Texas to the Everglades National Park in Florida, the American section of the Gulf of Mexico coast reaches fives states. On addition to Florida and Texas, you can access amazing beaches on the shores of the Gulf in Louisiana, Mississippi and Alabama- the collective heart of the American South. In addition to providing some of the most scenic views in the region, when driving along the Gulf coast you will come across such historic cultural bastions as Ft Myers, New Orleans and Corpus Christi. And what’s a road trip without a stop off for the largest and most famous Mardi Gras celebration in the world…?