The American Midwest, otherwise known as its heartland or breadbasket, is the heart of the country. Stretching from Ohio to North Dakota and down to Kansas, the Midwest is the source of the majority of resourced commodities. Everything from wheat to oil is harvested across the region, and without it the American economy would output a fraction of its current product. But aside from the significant economic presence of the Midwest, it’s also home to some of America’s most scenic roadways.

Badlands National Park
Unjustly named, Badlands National Park in South Dakota should be named the ‘Great Lands’ or ‘Incredible Lands.’ This vast landscape of were originally a very fruitful hunting ground for the Native Americans from about 12,000 years ago. Despite the incredible scenery and vast big game -which the Lakota Indian lived off of- the Badlands, a location of constant extreme temperature in both the winter and summer, was void of any water source and subsequently lacked vegetation.

What the Badlands lacks in flora, however, it more than makes up for in scenery. By RV, experiencing the Park from a few overlooks can take less than two hours with a quick trip up Highway 240. You also have the options to take a few side roads which will tack on a few extra hours, but afford you a better chance at catching a glimpse of a herd of bison. You also may want to ride through the Black Hills to take a ride past the famed Mount Rushmore. 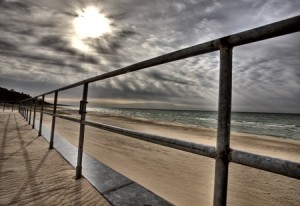 Indiana Dunes
Hugging the south shores of Lake Michigan, the Indiana Dunes are a must-see for anyone unfamiliar to the Hoosier landscape. Formed over thousands of years from the southern winds off Lake Michigan, starting at the end of the Ice Age, the Dunes are truly a natural wonder. Reaching for the hot Midwestern sun, the Dunes shoot skyward over 200 feet offering stunning views of the lake and nearby city skylines, namely of Chicago. They also are a great place to camp under the stars. 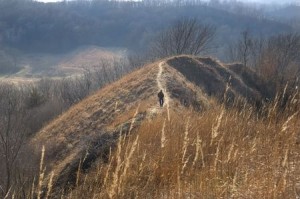 Another fascinating geographic phenomenon are the Loess Hills of Iowa, lie about 200 miles north of Sioux City on the state’s western border. Also a product of the Ice Age, The Loess Hills (German for ‘loose’) is composed of windblown finely-ground soils left behind from eroded glaciers. Second in height of its kind only to hills found in China, the Midwestern Hills are definitely worth enjoying on a sunny Midwestern day.