Summertime is the best part of the year for most recreational vehicle owners as they gear up to make their first trip of the camping season. RVs have become an integral part of the American culture, serving as a way for people to travel the country in luxury for more than 100 years.

RVs date back almost to the invention of the automobile. As Smithsonian Magazine pointed out in 2010 in an article highlighting the 100-year anniversary of the RV, today more than 8.2 million households own an RV. They travel for an average of 26 days, accruing more than 4,500 miles annually.

The first official RV, Pierce-Arrow’s Touring Landau, debuted at Madison Square Garden in 1910. It featured a back seat that folded into a bed, a chamber pot toilet and a sink that folded down the back of the chauffer’s seat. Camping trailers came out that same year and manufacturers followed suit. 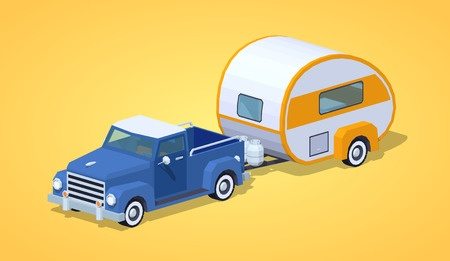 There are a number of key moments in RV driving throughout American history. In the 1920s, RVing became more popular and experienced growth through the mid-1930s when the country’s first camping club counted more than 150,000 people in its membership ranks.

The 1960s saw another renaissance, thanks in part to the introduction of the Winnebago. This innovative vehicle featured a number of amenities found in American homes, such as refrigerators, but with the benefit of being portable, allowing all the comforts of home to come along on a camping trip. Models were as long as 27 feet, so people felt as if they were traveling in a full home on wheels instead of just a vehicle.

That has become more the case in recent times. As technology has improved, more of the comforts of home are put into RVs. No longer do people worry about camping and spending the night outside their home, but instead focus more on traveling to new and fun locations.

At Hemet Valley RV, we support RV drivers of all types. Whether you are a 20-year veteran or an new road adventurer heading out on your first RV trip, we can help make sure that your RV is in the best shape it can be. Whether you need siding replaced or are looking for a safe place to park and store your RV in the off season, we can help. To learn more, call us today at 951-765-5075.